5 Reasons Why Credit Cards May Be Obsolete In 5 Years

A few generations ago, when the concept of a “credit card”, or what were known as “diner cards” then, shook the entire global economy and became an overnight sensation. Credit cards were a huge leap forward from cash transactions and as of 2020, as many as 2.8 billion credit cards are currently in use worldwide, with 70% of the global working population having at least 1 credit card.

However, the contemporary times have seen an unprecedented shift towards digital payments. With the  emergence of newer and more innovative modes of payment, like digital wallets, the popularity of credit cards, or what we call “plastic money”, have been seen to dwindle. The fintech sector is innovating on a daily basis and is coming up with newer and more simplified ways of transacting money.

We believe there’s likely to be a further shift towards credit cards going obsolete in times to come, due to the following reasons, that an increasing number of users can  no longer overlook:

Buying a credit card may feel easy and affordable, but of course, there are some unpleasant truths you discover later.

Credit cards come with exorbitant interest rates when you are borrowing, often as high as 30%. Additionally, there are several other associated fees, such as the late payment fee, overdrafting fee, maintenance fee, foreign exchange fee among others which, even if they somehow seem insignificant individually, can put a huge dent on one’s savings in the long run.

A healthy credit score is key to a healthy investment portfolio in the long run. Your credit score will directly impact how much money you have to shell out for the mortgage of your house or on the premium of your insurance. Unhealthy financial habits, and consequently, improper credit card usage hampers your credit score more often. This can have a detrimental effect on all your future investment plans.

To those who struggle with discipline, credit cards can be almost like shopping with an unlimited amount of money, or at least a very large amount of money owing to high credit limits. Study after study has indicated that credit cards encourage impulse buys and splurges based on benefits and not value.

As compared to the newer modes of payment, credit cards are more susceptible to security breach. The issues include, but are not limited to:

These problems are not as common in the payments using mobile wallets,

A steady growth towards digital and mobile wallets has been seen in the recent past, in a pursuit to go cashless. Especially in markets like India and China, which seemed to be leading in a mobile-first push for payments. In 2018, 83% of transactions in China were already through mobile – a statistic that had doubled within a year. Even in its rural regions, mobile payment penetration is as high as 47%. The story is similar in India, where, as of 2019, over half of India’s digital payments are already coming from its govt-backed UPI (Unified Payments Interface), while cards continue to lose out.

Despite their utility, credit cards were always slow to pick up in India – with credit card adoption hovering around only 3%. The emergence of digital wallets and mobile-enabled payments has also given use of plastic money as well as cash a run for its money, pun intended. Now UPI’s adoption rates in India boast a curve that the credit card sector can only hope to achieve. 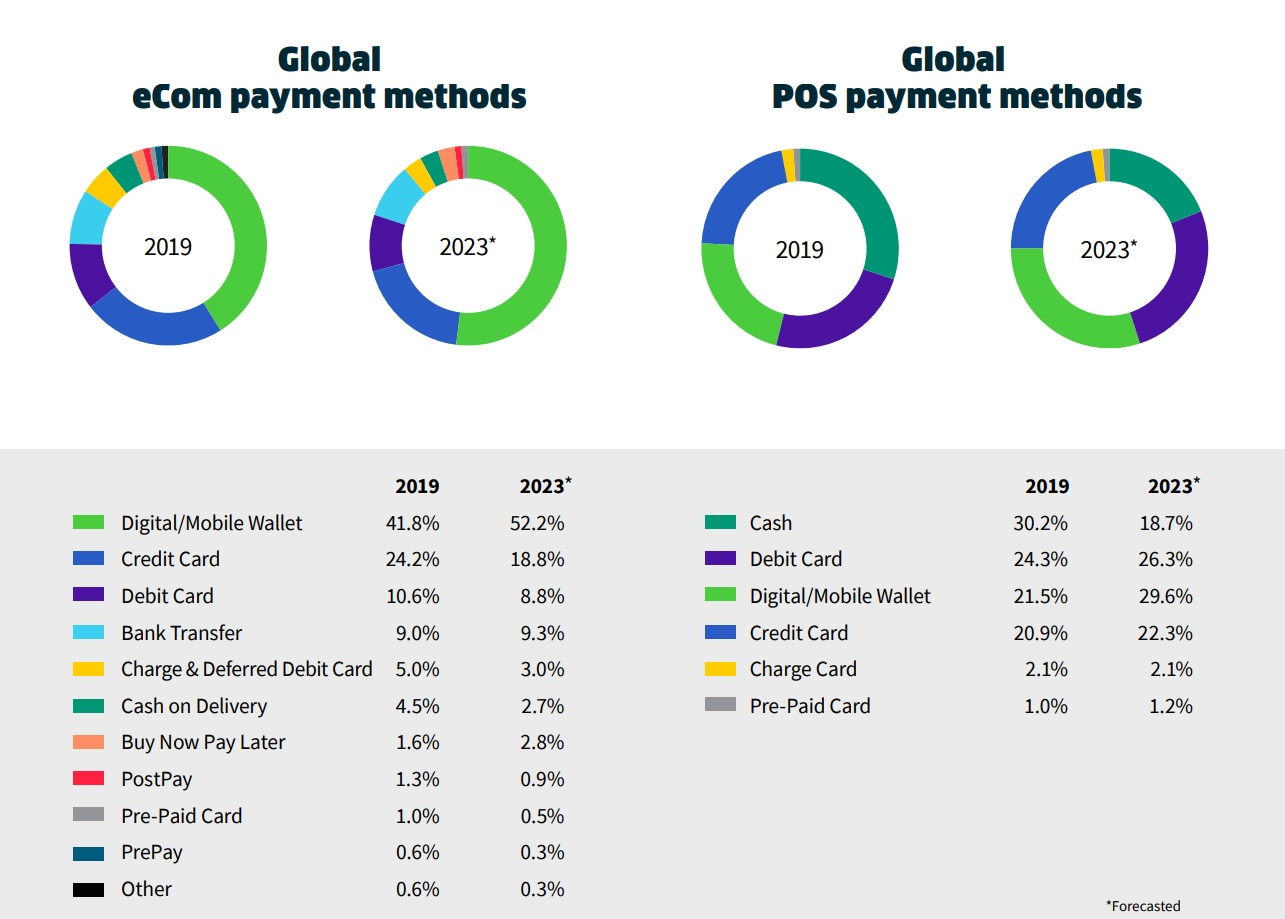 On a global level, where cards have traditionally dominated for decades, digital wallets are expected to dominate by 2023. The transition is already underway – with major brands like Samsung and Apple already heavily pushing their own mobile wallet services.

In fact, even Piotr Turek, a leading data architect, opined in an interview that “in less

than five years, smartphones, watches, and other devices will replace credit/debit cards,

wallets, lenders, stockbrokers, and insurance agents.” Additionally, they do not come with

the hassle of carrying around a card and the fear of losing it.

It is clear that we have come a long way from cash transactions. However, the fintech sector continues to innovate on consumer payments on a near-daily basis. This constant strive for easy digital transactions, combined with the fairly obvious drawbacks of plastic money, is likely to render credit cards obsolete in the next decade or so.

An upcoming alternative is neobanking, which essentially is an all digital fintech entity as opposed to the online banking service of the brick and mortar banks. In fact, neobanks in India drew considerable investor interest and raised as much as $116 million in 2019,  which has garnered a lot of interest in the Fin-tech sector. For an in-depth look at the neobanking sector, check out our previous post.

Credit Card Overseas Charges You Need to Know About